Ms. ‎Bärbel Feulner‬ (Deputy General Manager) and Mr. ‪‎Markus Wecke‬-Emden have been honored for 10 years of service from Markus Schwarz. 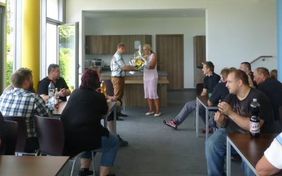 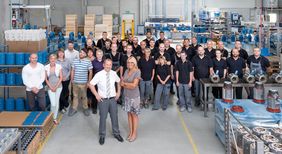 Schwarz at the CeMat Hannover 2016 - some pictures. 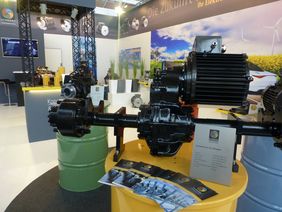 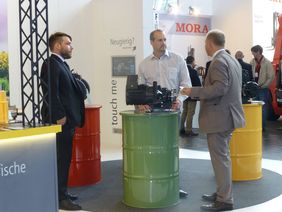 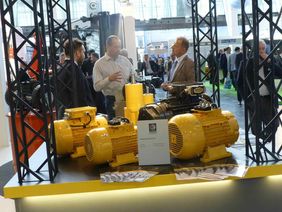 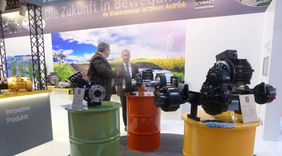 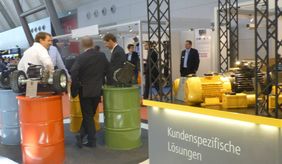 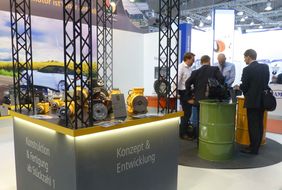 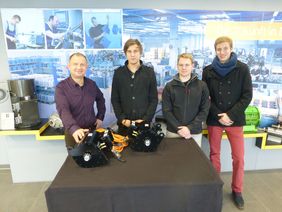 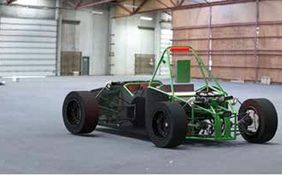 The Schwarz-booth became a „Schwarz-Motodrom“: The visitors could experience on the big Carrera-Racetrack what we are building in reality: Electric motors for nearly all vehicles as cars, industrial trucks, snowmobiles or boats and so on. 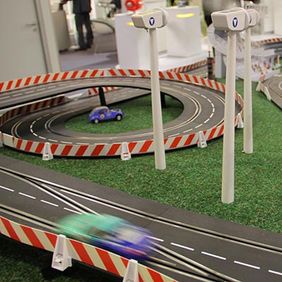 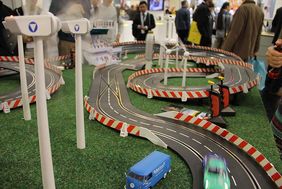 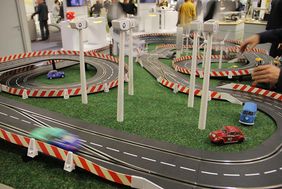 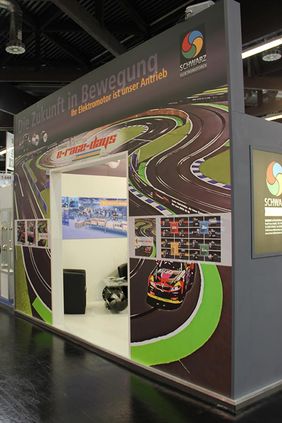 We first presented the Mazda MX5 converted to a fully functional electric car. Also our currently strongest electric motor for conversion the Porsche 911 to an electric car.

Our electric motors are designed especially for electric mobility:
• Low-voltage (24 – 144 V) and high-voltage technology (200 – 900 V): always the right motor!
• In air-cooled and water-cooled versions.
• Can be attached directly to the gearboxes of the respective vehicle types.
• For vehicle types from small vehicles through classic cars to large vehicles. The range is constantly being expanded.
• The modular design allows rapid adaptation to new vehicle models.
• Performances up to 140 kW and 400 Nm possible.
• Also for agriculture and forestry. 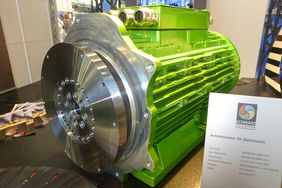 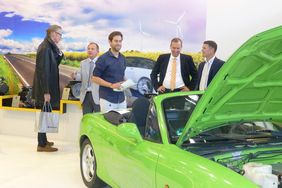 Development and manufacture of electric motors,
the introduction and use of a quality system.
The ZDH-ZERT audit has proved that this quality system meets all requirements of the following standard: DIN EN ISO 9001

Success through entrepreneurial vision: At the German medium-sized business summit on 26th June 2015, Schwarz Elektromotoren GmbH was distinguished as one of the most innovative medium-sized German companies. “Top 100” mentor Ranga Yogeshwar honoured the company from Rehau with the “Top 100” seal, which has been awarded for over 20 years. Before this, Schwarz Elektromotoren underwent a two-stage academic analysis process.

In the “Top 100”, Schwarz Elektromotoren GmbH stood out particularly for its innovation strength and for the promotion of innovation by the top management. Since owner and Managing Director Markus Schwarz became independent with the company 15 years ago, he has developed one new product after another. With success: the “Top 100” company generated half of its turnover in 2014 with innovations and product optimisations, which it launched on the market ahead of the competition. Markus Schwarz generally works on the innovations himself – supported by three or four designers.

Sales of one of his newest developments, a battery-powered electric motor that works with virtually no wear and adjusts the wings of wind turbines, have now reached over 60,000. At eCarTec 2014 in Munich, the engineer presented his latest idea: the prototype of a water-cooled electric motor with integrated transmission. 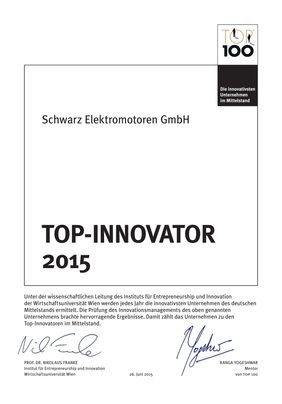 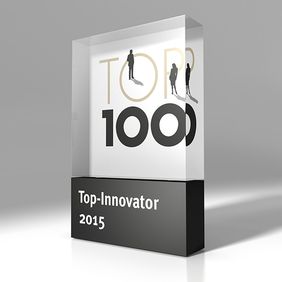 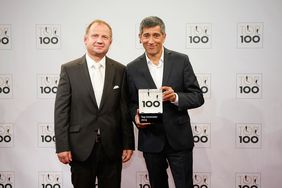 Schwarz Elektromotoren has been present again. 6.500 exhibitors from more than 60 nations promoted their goods and services, so Hannover Messe is the largest industrial exhibition of the world. Figureheads has been interconnected production plants, intelligent robots an new automation solutions. The participation of foreign companies was as high as never befor. Every day national and international visiting teams came to our stand and have been introduced to our electric drives for electric mobility for water and for the streets.

A racing car with electric drive have designed and built some students of Hof University within the framework of the international construction competition Formula Student. Schwarz Electric Motors sponsored the racingteam "Hofspannung" with 2 new designed electric motors with together 170 PS für the electric racing car. About 380 teams from 36 countries take part in Formula Student, a competition series in which students design a race car and then race it - under the conditions encountered by professionals. 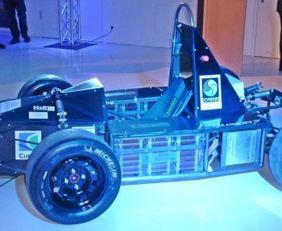 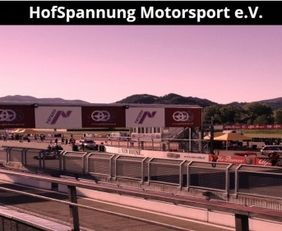 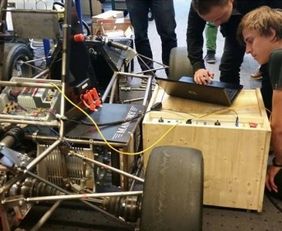